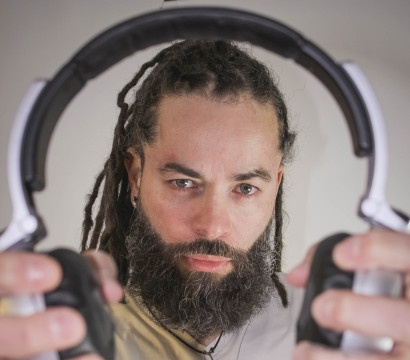 Anthony is from Brooklyn, New York.  He took an interest in djing in 1988. He originally made his waves by investing in a pair of Technics turntables in 1992.  It was here when his passion for music flourished.  After a few months, Anthony was doing private and corporate events. Within time, he started at some underground clubs and bars in Brooklyn, Queens, and Manhattan.

Anthony and his family moved to Lancaster, PA in 1997.  Here, he made waves in the bar and club scene in and around the Harrisburg area.  He has also opened shows for many celebrity live acts in the Hip-Hop and Latin genre.  Anthony has featured on a local FM radio station weakly Hip-Hop show.  He's worked with independant labels and featured on various album releases.

After some years in Lancaster Anthony moved once again in 2010, this time to Philadelphia where he's been ever since.  Fitting in well with the Philly scene, he is in constant demand for private and corporate events with the occasional club and bar gig.

He's got tremendous skill and know how and is known for his attention to detail when prepairing for an event.

The Block Gives Back

Update Required To play the media you will need to either update your browser to a recent version or update your Flash plugin.
Download Download
Back
You Tube